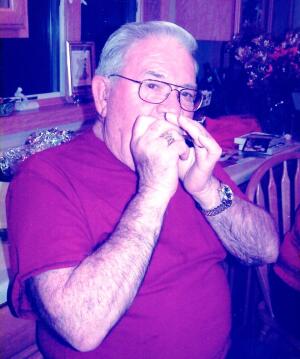 Robert “Pete” Swanson, age 90, of Watertown, SD, passed away on Friday, June 25, 2021, at Prairie Lakes Healthcare System. A Funeral Mass will be held at 10:30 a.m. on Wednesday, June 30, 2021, at Holy Name of Jesus Catholic Church in Watertown.  Fr. John Fischer will be the celebrant. The mass will be Live-streamed on our Face-Book Live.

Visitation will be at Crawford-Osthus Funeral Chapel on Tuesday from 5-7 p.m. followed by a Prayer Service and Time of Sharing.

Burial will be at Mt. Hope Cemetery. Military graveside honors will be conducted by the Codington County Post #17 of the American Legion, Watertown and the Funeral Honors Team of the U.S. Navy.  Pallbearers will be: Peter Swanson, Paul Swanson, Scott Swanson, Todd Warne, Randy Pickrel, and Terry Kahnke.

Robert “Pete” Swanson, the son of Carl and Leone (Wormley) Swanson was born on October 7, 1930, at Watertown SD. He attended Garfield School and graduated from Watertown High School in 1948. After graduation, he worked for Gamble Stores until 1951, at which time he entered the U.S. Navy and served four years in the air branch of the Navy. While in the service he received the following medals: United Nations Service Medal, Korean Service Medal, National Defense Service Medal, China Service Medal, Navy Occupation (Europe) Service Medal, Air Medal and Gold Star in lieu of 2nd Air Medal, and the Good Conduct Medal. Pete graduated from South Dakota State University in 1959 with a Bachelor of Science Degree in Electrical Engineering.  In 1973 he became a SD Registered Professional Engineer.

On June 20, 1959, he married MaryAnn Burchardt in Waubay, SD. He worked at Northwestern Public Service in Huron and then Mitchell, SD.  Returning to Watertown in 1974, he worked at Municipal Utilities as an Electric Superintendent.  In 1986, he was promoted to General Manger, remaining in the position until his retirement in 1996.

Pete has served with the SD Electrical Council and was President in 1982 to 1983, Board Member of Lineman Training School at Mitchell Vo-Tech and past Chairman, Trustee on the SD Municipal Electric Association and past president, Director of Joint Utility Training School (JUTS) and past chairman, board member on Missouri Basin Municipal Power Agency and also Distribution Advisory Committee of the Agency, past member of the National Society of Professional Engineers and SD Engineering Society, and chosen as person of the year for the SD Electrical Council in 1994.

Pete was an active member of the Holy Name Church, he served on the Knights of Columbus, Elks, VFW and American Legion. He was a city council alderman member and also served on other numerous boards and committees. He delivered Meals on Wheels, and was active in the Boy Scouts. Pete enjoyed hunting, fishing, living at the lake, traveling and spending winters in Texas. He especially loved dogs and entertained many people by playing his harmonica, which he enjoyed very much.

Peter was preceded in death by his parents, one brother and one sister.

In lieu of flowers, the family requests donations made to the charity of your choice.