Share a memory
Obituary & Services
Tribute Wall
Read more about the life story of Richard "Dick" and share your memory.

His funeral service will be at 10:30 a.m. on Saturday, November 20, at Our Savior’s Lutheran Church in Redfield.  Reverend Brian Wasmoen will officiate.  Military honors will take place outside the church after the funeral service and will be followed by lunch at the church.  Burial will be at 3:00 p.m. at Mt. Hope Cemetery in Watertown, SD.  After the burial, fellowship will take place at Crawford-Osthus Funeral Chapel in Watertown.

Richard Lee Crawford was born November 24, 1925, in Watertown, SD to Fred and Leah (Kittelson) Crawford.  He attended rural schools in Codington County and graduated from South Shore High School in 1943.   Dick proudly served with the Merchant Marines during WWII.  Following his honorable discharge, he returned to South Dakota.

On August 28, 1949, he married Eileen Floden in Florence, SD and they lived on a farm near South Shore.  Dick and Eileen moved to Watertown in October of 1951 and lived there until their move to Redfield in June of 1963.  He worked as a salesman for Jacques Seed and Peavy Feed Company for 13 ½ years.  In 1968, he and Eileen purchased the Coast to Coast Hardware Store and Crawford Furniture Store which they owned and operated until 1986.

Dick was a member of Our Savior’s Lutheran Church, American Legion, and Redfield Masonic Lodge #34.  He enjoyed traveling, fishing, visiting, golfing, and especially being with his family.  He enjoyed spending many winters in Florida, summers at their cabin in the Black Hills and at the “Fish Shack” at West Whitlock.

He was preceded in death by his parents, one infant brother, and one sister Cleo Belk. 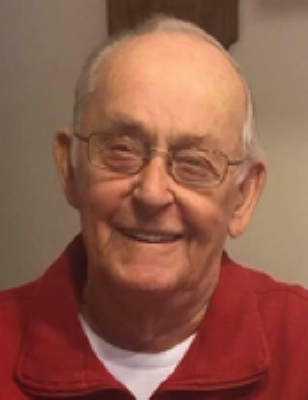