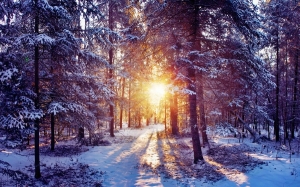 Neil Ed Jacobsen, age 76, of Watertown, SD, passed away on Saturday, December 12, 2020, at Sanford Hospital in Sioux Falls, SD. Funeral services will be at 1:00 p.m. on Tuesday, December 29, 2020, at Lutheran Church of Our Redeemer. Rev. Dan Ofstehage will officiate. The service will be Live-Streamed on our website and Facebook Live. Face masks are required.

Neil was born December 8, 1944, to Melvin and Elma (Albertsen) Jacobsen, south of Lake Norden, SD, on the family farm. The family moved to a farm east of Lake Norden where he grew up. He was #8 of 9 children.  Neil graduated from Lake Norden High School in 1962, where he played basketball with his brothers, and got into mischief with his younger sister Erma.

He was married to Karen Smith in 1978 and divorced in 1989. Neil worked various jobs before he went to work with his brother Floyd at a trucking company. He currently owned Jacobsen Trucking at the time of his death.

Neil was known for his sense of humor and loved a good joke.  Growing up he played pinochle with his brothers.  Family gatherings always had them playing cards.  He enjoyed his morning coffee at Little River City with friends and his card playing buddies. His smile and sparkle in his eye was a trademark.  Apparently, he had a lucky streak when it came to rolling dice in the morning, even when he was in the hospital and they rolled for him, he still won! He met Judy Phipps in 2000 and she has been his partner ever since. He was always a napper.  Sitting still for longer than 5 minutes would end up with him sleeping and SNORING.

He was very proud of his children, nieces and nephews but had a special love for his grandchildren and great grandchildren. His Great-grandsons Caleb and Charlie liked to show him their games on their iPad.  He didn’t understand them but never showed it. They always thought it was fun sitting on his lap and have him play with them.  He enjoyed teaching a few of his grandsons how to drive and hunt as well.  Neil could be found spending time with his brother Farrel and nephew Mark helping on their farm in the fall. He always had candies, pastries or some kind of goodies for all when he stopped to see them.  He also liked following his niece and nephews in their school sports when he could.  If he was driving by your house, he would stop and say hello or honk. When he wasn’t plowing snow in the winter, you could find him out ice fishing.  He and his son-in-law Darrin would call each other about where the fish were biting and usually found each other on the ice. When his grandson Ethan was along, the Peanut Butter Pretzel bites were known to disappear. He was known for teasing and joking with everyone he met.   It has been said “Once you met Neil Jacobsen, you never would forget him”.  A gentle man with a big personality, a twinkle in his eye and an infectious laugh and smile.

He was preceded in death by his parents, Melvin and Elma; his infant brother, Darrell; and his brothers, Arrol, Dale, Floyd and Don.

To send flowers to the family or plant a tree in memory of Neil E. Jacobsen, please visit our floral store.

Video is available for this event