Share a memory
Obituary & Services
Tribute Wall
Read more about the life story of Marilyn and share your memory.

Marilyn Lea Mahanke, age 84, of Brookings, SD, formerly of Watertown, SD, passed away on Thursday, November 24, 2022 at Edgewood Vista Assisted Living.  Funeral services will be at 11:00 a.m. on Friday, December 2, 2022 at Crawford-Osthus Funeral Chapel in Watertown.  Rev. Dave Nerdig will officiate. Music will be provided by A.J. Sherrill as organist with Robbyn and Darian Givens as soloists.

Visitation will be at Crawford-Osthus Funeral Chapel in Watertown on Friday from 9:30 – 11:00 a.m.

Marilyn was born on August 12, 1938, in Wilmot, SD, to William and Henrietta Jarman.  She attended and graduated from Wilmot High School. She was employed at Watertown Red Owl Grocery, Inter Lakes Community Action, Smith Equipment, Watertown Lincoln Elementary School and Watertown High School, where she retired in May of 2000.

She was a member of Lutheran Church of Our Redeemer in Watertown.  She also enjoyed working on the funeral committee and Prayer Shawl Ministry.

On December 8, 1973 Marilyn married Bob Mahanke at St. Martins Lutheran Church in Watertown.  They moved to Brookings, SD in June of 2015.

Marilyn loved to do yard work, gardening, snowmobiling, camping and dancing.  Waltzing was her favorite dance.

Marilyn was preceded in death by her husband, Bob Mahanke; her parents, Bill and Henrietta Jarman; her in-laws, Maynard and Eva Mahanke; and numerous other family members.

Video is available for this event 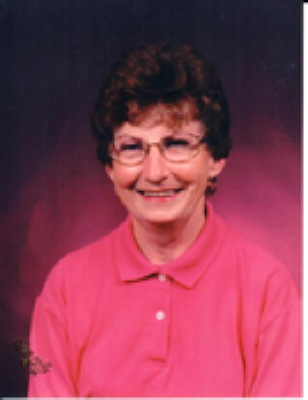