Share a memory
Obituary & Services
Tribute Wall
Read more about the life story of Donald and share your memory.

Don Egert, a familiar and engaging voice on radio & TV for over 70 years in west central Minnesota and northeast South Dakota, passed away Wednesday December 28, 2022, at the age 89 in Watertown, South Dakota. Beginning in 1949 on KWAT, Watertown, on KSOO in Sioux Falls, KYNT in Yankton, and for 41 years at KDIO, Ortonville where he was cofounder, and then sole owner of KDIO and KAHF-FM, he continued in broadcasting after selling those stations in 1997 by returning to KWAT and then KXLG, Watertown, until he semi-retired just 4 years ago. He was also the Pioneer Public Television personality for over 40 years.

His voice possessed warmth, authenticity, dignity, and friendliness combined with a hint of the ever-present twinkle in his eye. To hear the voice was to know the man. Don had a keen sense of humor and a self-deprecating style that endeared him to his family, friends, and colleagues. As he was being inducted into the Minnesota Broadcasting Hall of Fame in 2021, he told the story of being at a groundbreaking ceremony for the construction of the KDIO Radio tower three miles north of Ortonville on a graveled county road. His impromptu acceptance message started with “I want to tell you why I am so important.” He asked the commissioners who were present if that road could be paved one day. The very next week the road crews were there to do just that. He was humbled to find out later the paving project had been long been scheduled. Don was a humble person; making everyone around him feel as important as he thought he was that week. He immersed himself into everything he did including learning to fly and obtaining his commercial and instructor pilots licenses, serving on the Ortonville City Council, as President of the Ortonville School board, covering and delivering the local news and letter writing to the young people he got started in the media business and continued to mentor. His endeavors sometimes took time away from his family, but his wife Sally was his favorite person in the world, and he was immensely proud of their sons Steve and Jim stating “I really owe Sally and the boys as radio becomes a way of life and without their support, including delivering Christmas dinner to the studio, my career would not have been possible.” Hubert Humphrey put it best when he replied to Don’s interview question about how he felt not obtaining the Presidency, “I didn’t exactly fail young man.”

Don was born July 19, 1933 in Watertown to Dr. P. L. Egert and Fern (Mundell) Egert. He graduated from Watertown High school in 1951 and the University of South Dakota in 1956 with a communications degree. He was a Second Lieutenant in the US Army. KDIO was more than a business; it chose and created a new path in his life. In the entry of the station, the former Little Red School House was where he met the love of his life Sally. Don married Sarah “Sally” Sorenson on January 30, 1960 who passed away in 2015. Sons Steven (Megan) and James (Candy) and two grandsons, Mitchell and Jackson, survive him. Also preceding him in death were his parents and two sisters, and two brothers.

The immediate family will have a private memorial in Hawaii, one of Don and Sally’s favorite places to visit. A public celebration and of Don’s life will appropriately be held on the radio. 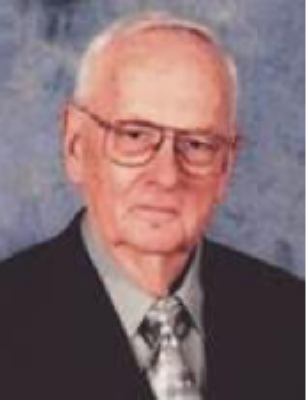