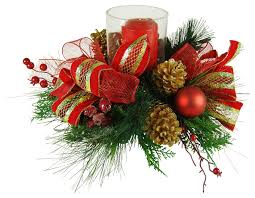 Charmaine S. Anderson, age 91, of Watertown, SD, passed away on Monday, November 16, 2020, at a local care center. There will be no services at this time.

Charmaine was born in Sioux Falls, SD on August 2, 1929, to Charles and Anna Maria (Westlund) Carlson. She lost her mother Anna Maria during childbirth. Her father Charles married Isabelle Rovang in 1934 and in 1935 the new family moved to Marrinette, WI. Her brother HR was born in 1940.  Charmaine attended high school in Wisconsin until her junior year. The family returned to Bryant, SD and she graduated from high school there in 1947. After graduation she travelled to Minneapolis with her friend in pursuit of work. She married Warren C. Starman of Aurora, SD in 1950 at the Clara Lutheran church in Erwin, SD and the couple had three children.

In 1990 she married Gerald Anderson of Bryant, SD. Jerry remained by her side until her passing on November 16, 2020, due to Covid related illness..

Charmaine was known for her beautiful operatic voice and piano playing as she sang her whole life in church choirs and with a formal touring group named the Regalairs in Mesa, AZ as well as being a piano teacher and player of classical music and the boogie woogie. Her love of music was equaled by her love of family, gardening, entertaining and the great outdoors. She reared her children with a green thumb and travelled widely to her homeland in Sweden and United States.

She was preceded in death by her mother, Anna Maria Westlund Carlson; her father and step-mother, Charles and Isabelle Rovang Carlson;  her son-in-law, Christopher Langille; and her step-son, Jerry Anderson.

To send flowers to the family or plant a tree in memory of Charmaine S. Anderson, please visit our floral store.

You can still show your support by sending flowers directly to the family, or by planting a memorial tree in the memory of Charmaine S. Anderson
Share a memory
© 2020 Crawford - Osthus Funeral Chapel, LLC. & Cremation Services. All Rights Reserved. Funeral Home website by CFS & TA | Terms of Use | Privacy Policy